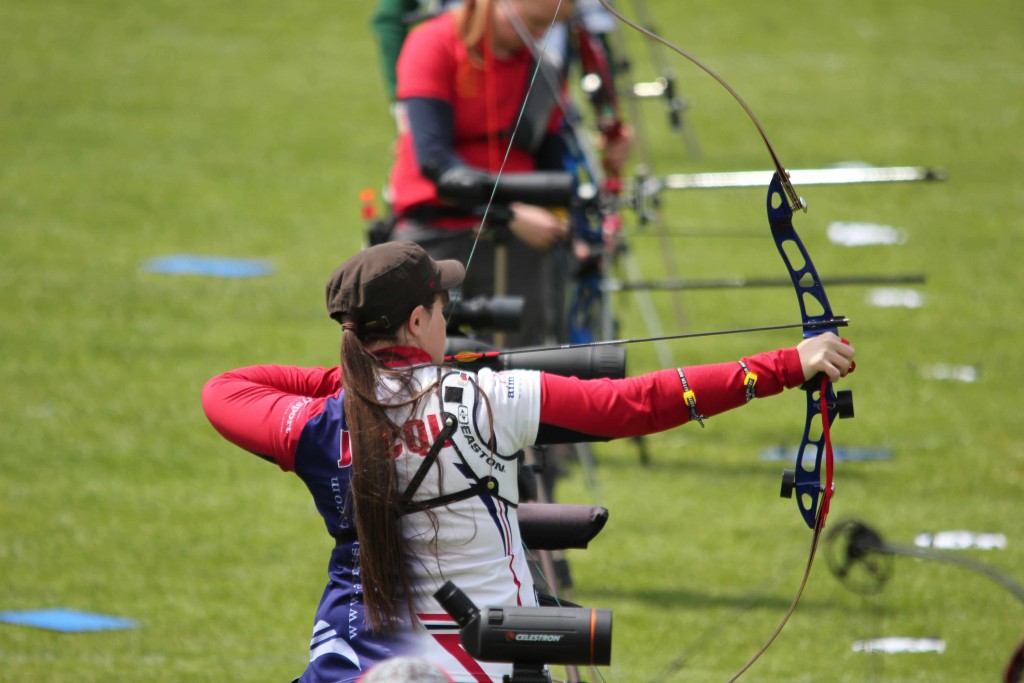 How long have you been shooting?
I have been shooting for around 14 years ever since being booked on a beginner's course for my birthday.

What discipline do you shoot?
I predominantly shoot target archery, but I do love the variety of field too. I've tried clout once, but I've yet to have a go at flight!

What got you into archery?
My love of medieval history got me really very interested in archery, it was the immense impact longbowmen had at the now infamous battles of Agincourt and Crècy. I also had some encouragement from have-a-go stall owners at a fair once, their enthusiasm led to me pestering my parents to let me take up the sport and the subsequent birthday present. I'll never forget my dad telling my coach that "Its just a fad, she'll give up in a few weeks".

What do you enjoy about shooting?
I love the feeling of a crisp shot, the one where you know it's heading right where you aimed it.

What bow style do you shoot?
My predominant bowstyles are Recurve Freestyle and Recurve Barebow but I do dabble in other bowstyles.

How often do you shoot?
I aim to shoot 3 times a week minimum.